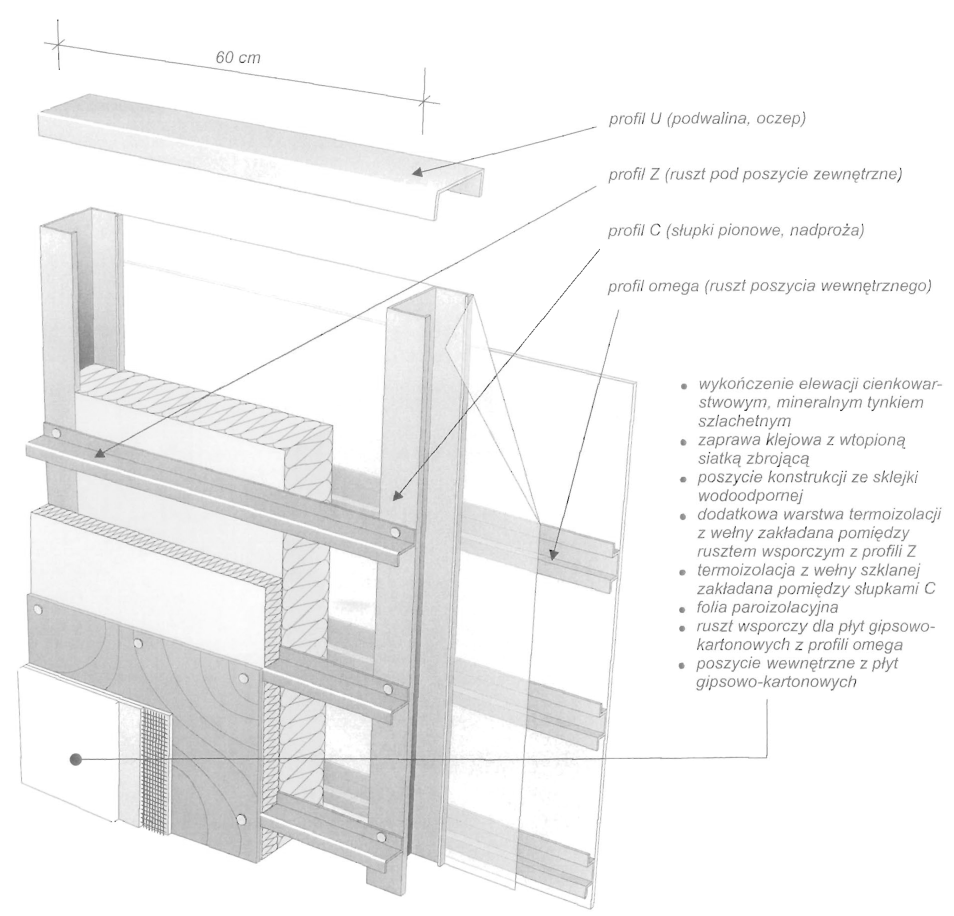 External wall with a skeleton structure made of cold-formed galvanized steel profiles with an additional layer of insulation between the supporting grate made of Z profiles.

The light steel skeleton is usually assembled from profiles selected in accordance with the structural loads. For this reason, the width of the structure does not always correspond to the optimal thickness of the thermal insulation, which must be supplemented with an additional layer of insulation.

The outer sheathing made of waterproof plywood can be mounted on the Z profiles, which move them away from the wall structure, allowing for an additional layer of glass wool insulation. Additional insulation enables the façade to be finished with a thin-layer plastering coat directly on the sheathing plywood.

From the inside, the skeleton is covered with a vapor barrier foil. Due to the axial spacing of the posts, equal to 60 cm, an omega profile is used, which acts as a supporting grate for the internal sheathing of plasterboards.