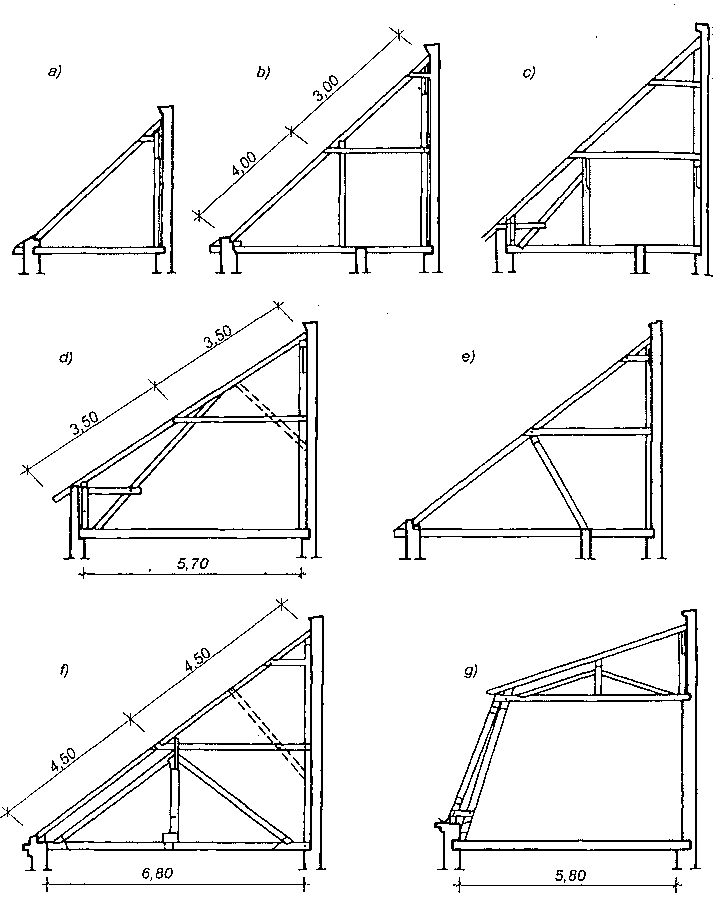 Types of single-pitch roof trusses: a) with a single stool, b) with a double stool, c) collar beam with a knee wall, d) with the stool lying down, e) with goat stool, f) with hanging stool, g) mansard.

The presented single-pitched roofs are used to cover buildings with small spans (ok. 3,5—8,0 m), which are located along the border of a neighbor or an existing building. The main rule when making these roofs is to place the stool next to the wall of a taller building (neighbor). This stool supports the top purlin, on which the rafters rest. The structural systems of gable roofs are similar to the solutions of gable roofs with single and triple stools, constituting a half of them.. 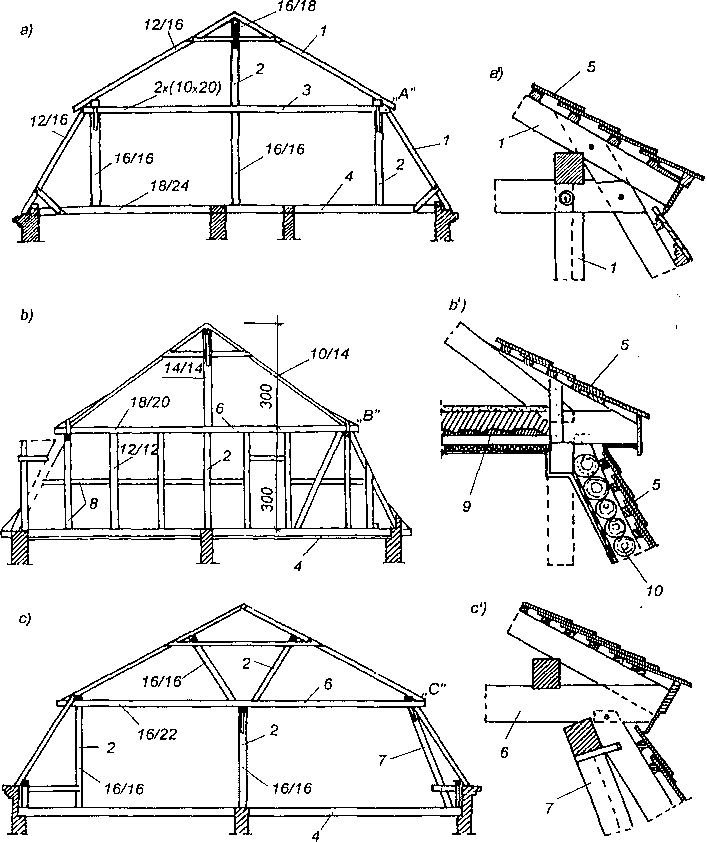 The figure shows the structural systems of mansard roofs with typical details. Mansard roofs are then used, when we want to use the attic, mainly for living or utility rooms. The mansard roof truss consists of the same elements that are used to make ordinary roofs. Similarly, the connection details are used equally in both types of trusses. 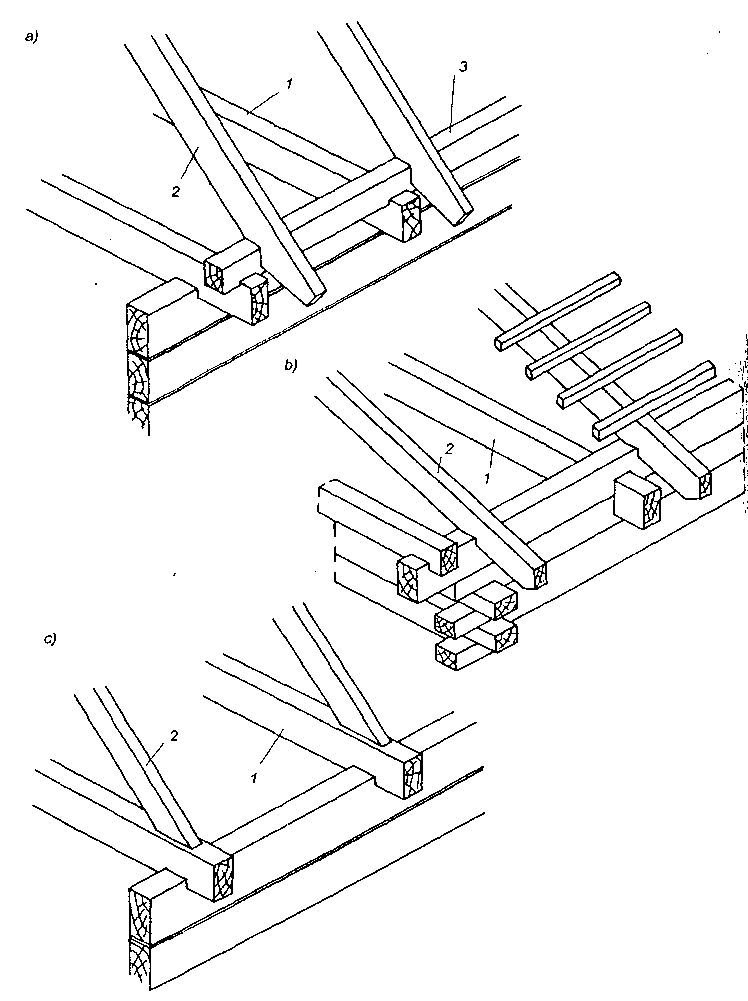 The figure shows the details of the rafter support on the wall. The rafters of the claw trusses can rest on the lower purlin laid at the ends of the floor beams (rys.a) or on the stroma (Lynx. b). The rafters of rafter-beam and rafter-collar beam trusses with an unsupported collar are supported as shown in Fig. C. 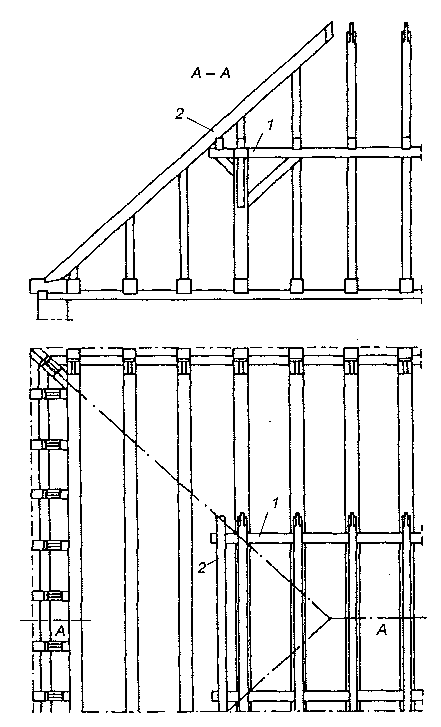 The way of supporting the corner and gable rafters in a hipped roof; 1 - cap, 2 - purlin.