Every building and structure should be so constructed and constructed, that their use is safe and secure. Three conditions are required for the construction of a building: endurance, stability and stiffness. Strength condition means, that both individual elements, as well as structural systems should with a certain safety margin transfer the loads acting on them. The condition of stability is this, that building (building) it does not shift under the action of horizontal forces and does not rotate. Means, that W. < T and Mw < Mu. The holding moment for Mu should be 1,5 times greater than the moment of capsizing Mw. The stiffness condition is to limit the vertical and horizontal displacements of the structure. The lateral deflection value is usually taken as a measure of the building's spatial stiffness.

Building stability: a) per shift, b) per rotation.

In longwall buildings (wooden, brick and concrete) The spatial stiffness is provided by the walls placed transversely and longitudinally to the longitudinal axis of the building. 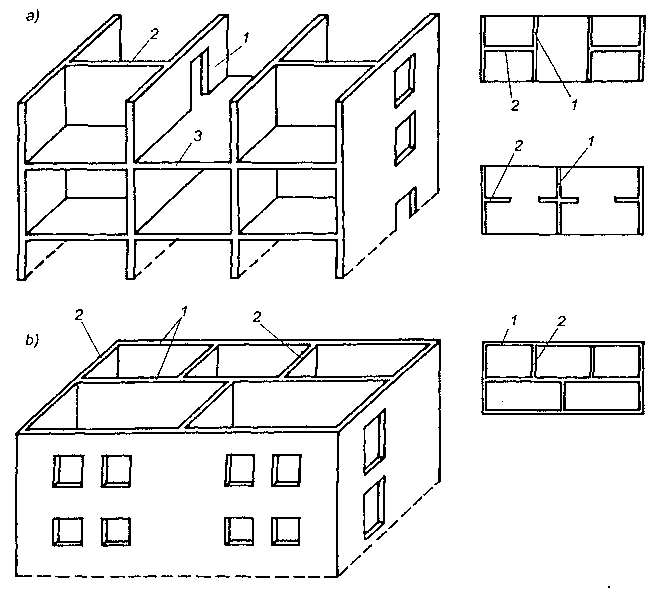 Load-bearing and stiffening walls are usually connected with each other along the entire height of the building and with the ceilings of individual floors.. For functional reasons, door or window openings are made in the walls.

Mixed stiffening systems can also be used, e.g.. frames and walls or frames and shafts.