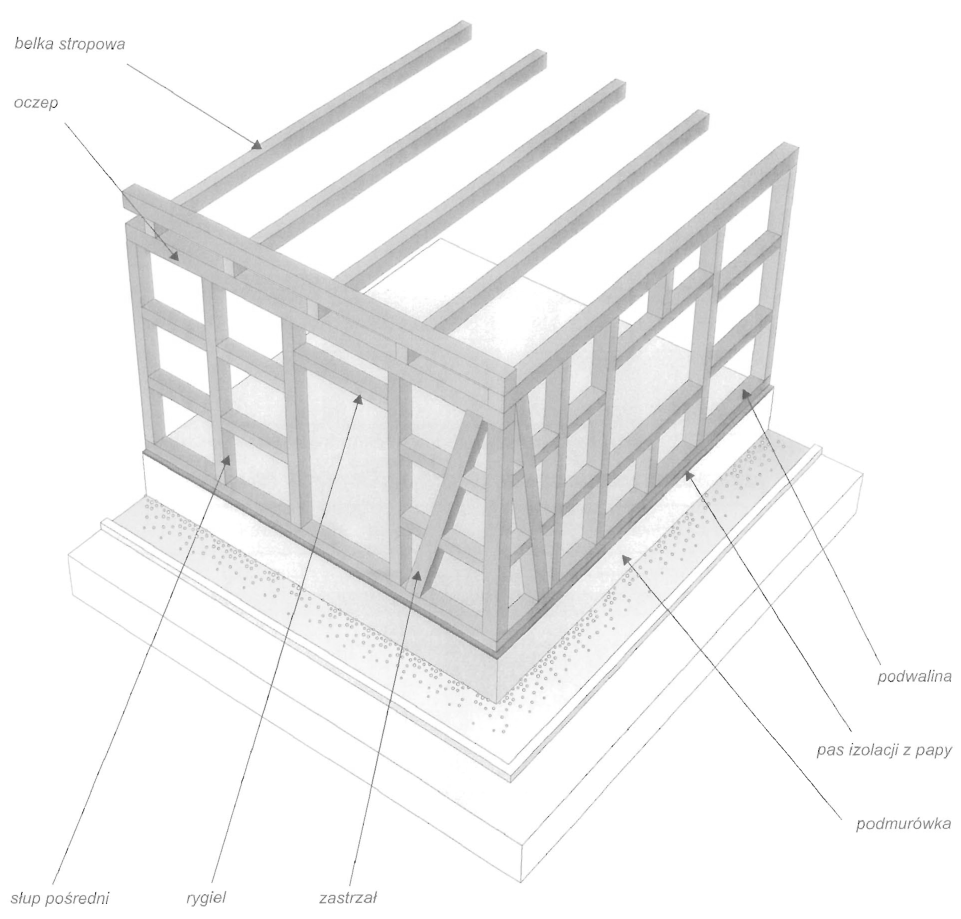 The wooden frame and transom structure is distinguished from the previously discussed frame structures by a more massive cross-section of individual elements and a less frequent spacing of columns, braced bolts and struts. Its prototype was the so-called. "Half-timbered", used today in combination with modern thermal insulation materials. It is a construction common in Germany, Switzerland and Austria. Frame construction – half-timbered is worth recommending in Poland, because the skeleton of solid, of thick wooden beams is closer to our carpentry building traditions than a light Canadian type frame.

In the walls with a wooden frame structure – transom, large distances of massive structural elements are possible, not requiring equal spacing. The posts are placed most often according to the location of window and door openings.