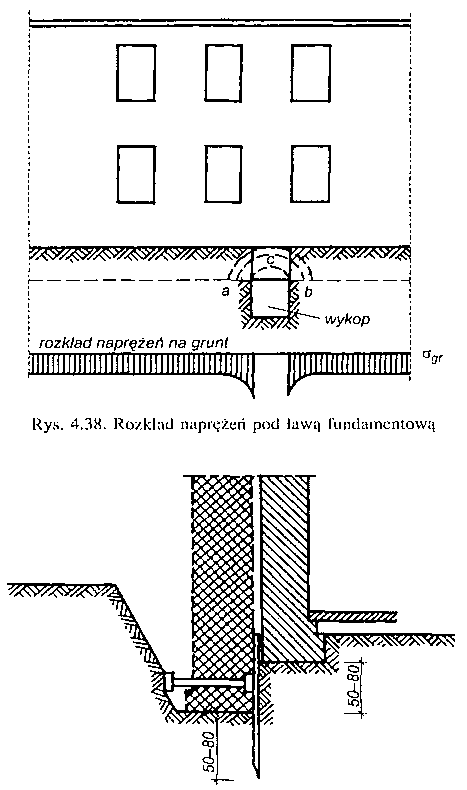 The figure shows the distribution of stresses in the soil under the strip footing after excavation on one section.

c) replacement of foundations,
d) changing the foundation of the building.

Strengthening the foundations by widening can be done, for example, by making additional footings interconnected on both sides of the existing foundation wall in a way that guarantees their close cooperation. In the case of spread footings, they are widened on four sides. 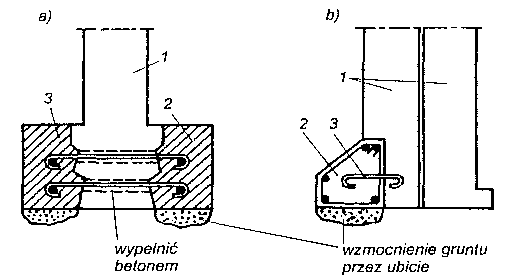 One thing is shown in the figure- and two-sided widening of continuous footings. Strengthening the existing foundations and increasing its bearing capacity can, obtained by changing the way of foundation. By using drilled or pressed piles, the weight of the building can be transferred to the deeper layers of the ground.

The piles are placed as close as possible to the foundation lava, mostly arm- horizontal holes are made in the foundation walls - in the axis of each pair of piles - through which steel or reinforced concrete beams are introduced. These beams can rest directly on the pile heads or via the beams - longitudinal rims. Beams - longitudinal wreaths are usually used, when the wall is weak and the distances between the piles are greater.

Virtually injected piles can also be used to strengthen the existing foundations and subsoil. These piles have diameters 10 – 30 cm is formed by drilling a hole, followed by forced injection of cement mortar through the feed pipes. 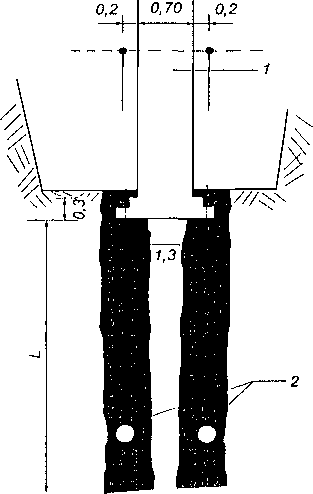 The tall building of the Fim Tower in Warsaw was founded on the ground with diaphragm walls made in the ground. Thickness of diaphragm walls 80 cm extend to the depth 15,0 m from the ground level. On the wreath (oczepie) steel poles of the load-bearing structure and a reinforced concrete shaft are positioned around the upper ends. The steel structure column grid is 7,2 x 7,2 m. 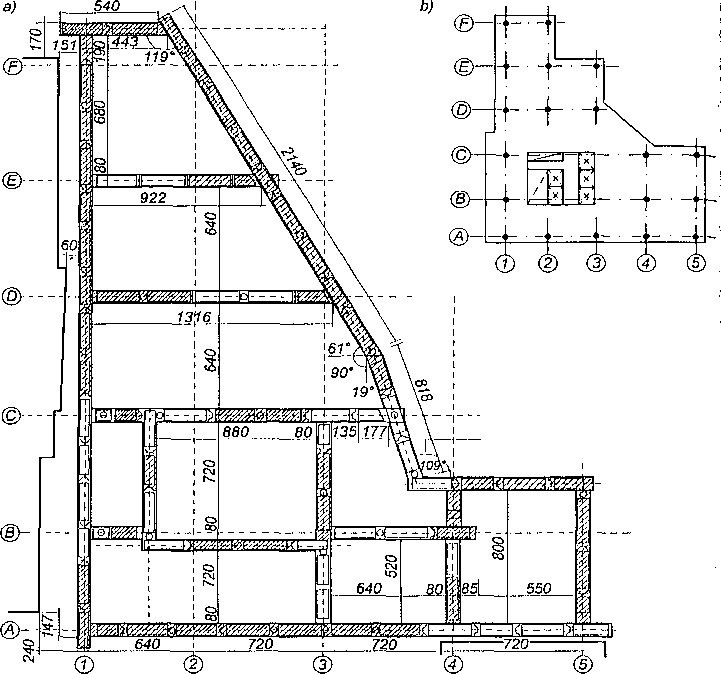