The use of tensile elements was avoided in shaping the roofing carpentry structures. It was from here, that the carpentry joints on the notches, Trunnions, seats and overlays do not allow for the transmission of tensile forces. Tensile elements were mainly used in hanger-type roof trusses. The hangers are stretched under the load from the suspended ceiling with the use of steel flat steel stirrups. The tensile force in the hanger causes compressive forces in the struts. The horizontal component of the compressive force in the brace causes stretching of the floor beam suspended in the middle on the hangers. Truss span (spacing of supports) it depends on the length of the beam, which acts as a tie. Belka ta, it is usually made of one section not joined along its length.

In wooden engineering structures, both compression elements are used, as well as stretched. Such shaping of the structure is possible because a different method of joining elements with use was adopted from the carpentry method., metal fasteners shown in the picture and glue. 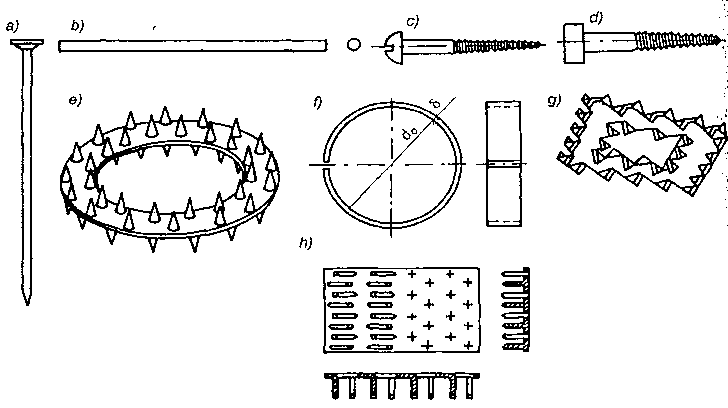 By simplifying the connections of elements, execution of wooden engineering structures is in many cases less complicated than carpentry. In addition, timber of lower grades and shorter lengths than those used in carpentry structures can be used to make the structure.