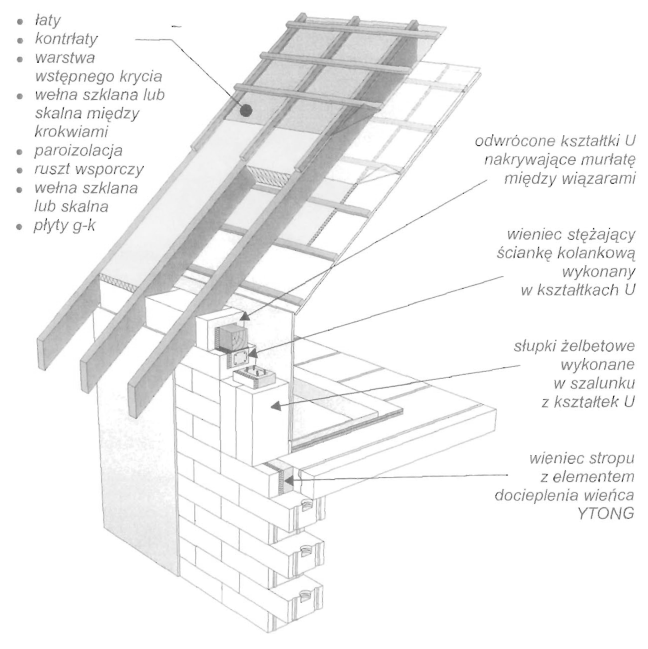 A roof with a traditional wooden truss on knee walls in a building made in the YTONG technology. 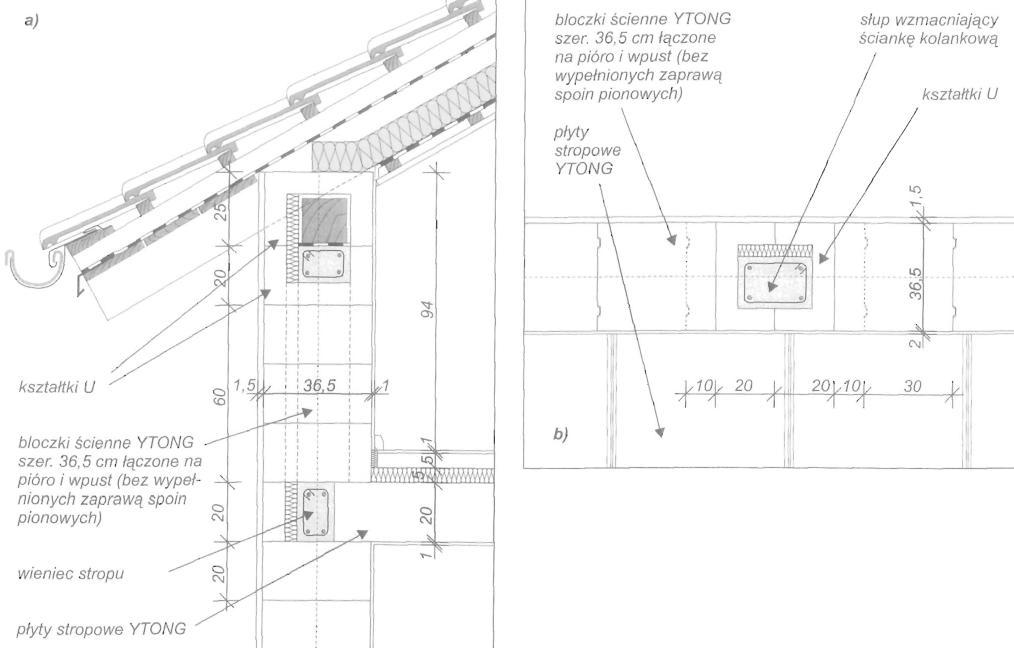