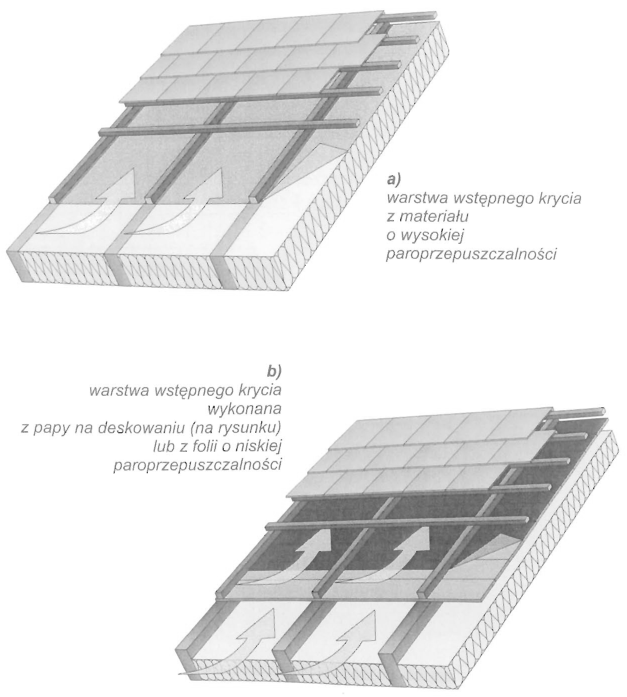 The roof covering prevents the penetration of moisture in the form of rain and snow, but it does not solve the problem of moisture in the inner layers of the roof slope. During rainfall combined with strong winds, a certain amount of moisture may penetrate under the roof tiles. Additionally, water vapor penetrates the roof surface from the inside. It does not pose a risk as long as it does not cool to the dew point, in which condensation occurs. Condensation formed in insufficiently ventilated roof layers is particularly dangerous, where there is a harmful soaking of moisture in the roof truss, thermal insulation and battens.
The greatest risk of dampness caused by the phenomenon of water vapor condensation occurs in winter, when the temperature difference between inside and outside is greatest.
So that the roof structure is not damaged by moisture, remove any moisture as soon as possible, the accumulation of which lowers the thermal insulation parameters of the roof. The best method to eliminate moisture is to ventilate through the ventilation slots, because the air flowing freely through the slots removes water vapor. Properly performed ventilation effectively dries the entire roof through the air movement caused by wind and heating the roof surface with sunlight.