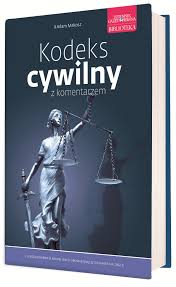 The entire system operates based on the Civil Code. Also developers.

Civil Code (abbreviation of the Civil Code. or in the legal language of the Civil Code) is a systematic solution. A solution according to specific rules (which refer to the pandectic systematics). The Civil Code is, in essence, a collection of legal provisions, and concerns the scope of civil law. This, in turn, includes at least the basic sets of institutions in this field.

The Polish Civil Code consists of four books: general part (art. 1–125) concerning, inter alia, persons and legal acts, and the books regulating in turn: property law (art. 126–352), the law of obligations (art. 353–92116) and inheritance law (art. 922–1088). The books are divided into titles, headings for departments, sections into chapters, and some chapters into wards.