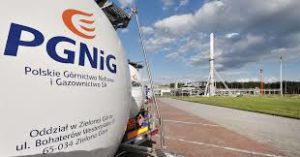 Each developer has or has had to deal with PGNiG, business, which has been triumphant in the domestic market for many years.

According to estimates for the year 2008, PGNiG supplies gas to 6,5 million customers, including households, as well as enterprises - the largest recipients are mainly combined heat and power plants, nitrogen plants and plants.