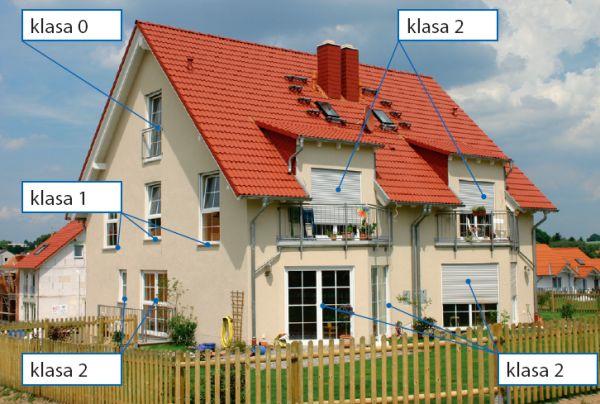 How to reduce the cost of home windows

At the end of the construction of the shell, we are faced with the task of choosing and purchasing windows for our home. We write down the dimensions of window openings, we send the specs to the store - and ups, why is it so expensive? The cost of home windows can be lowered, however, it will always be at the cost of some compromise. Let's try to point out, what is worth and what is not worth saving on.

1. quality of windows - depends on the source (producer's) and the base material used (profile, glazing). Personally I think, that it is not worth taking windows from small ones, local producers - they usually do not have the latest know-how or modern machinery. Of course, there are exceptions, but if we are not sure of the quality - I advise buying from a larger one, nationwide producer. When it comes to the profile - it is not worth taking the cheapest - apart from the parameters of heat conduction, they can be unpleasantly surprised when it comes to statics or mechanical durability. To sum up - medium and higher profiles are often a good choice (but not the highest) shelves from a recognized manufacturer. Everything has to be converted, but usually the most expensive profiles have a too long amortization period, so that their purchase can be considered economically rational.

2. number and size of windows - the easiest way to reduce costs, and by the way - improving the thermal insulation of the building. Fewer window openings with cheaper windows can give us the same effect (thermal insulation of the building) like more with better. So by keeping the same output parameters, you can save double. However, this is of course paid for with less light in the rooms (the standard says that the glazing should not be less than 1/8 floor area in the room). Especially people who build their first house dream of large glazed areas and lots of light, but perhaps it would be worth thinking about at least boiler rooms, garage, utility room?

3. triple glazing is a standard in an energy-saving house, not to mention passive. In rooms exposed to the south, it may turn out in the case of middle-shelf glazing, that single-chamber windows (with double glazing) will give a similar effect per year as double-chamber windows. It is true that we will lose more heat through them, but also gain more on sunny days. (We are not talking about expensive shafts, which at the same time have low heat transmittance and a high degree of heat absorption from solar radiation). However, for this to be the case, sunlight should reach as long as possible during the day (that is, nothing outside - hoods, balconies, trees, houses) it does not block the sunlight. It is also worth using some material against the windows inside the house, which would accumulate this heat (e.g.. stone, dark wall)

4. the profile usually has a greater heat transfer than glass. Therefore, the less profile in the window - the better. A single-section window will always be a little warmer (and cheaper by the way) from bipartite. However, beware - the wide wing may be a problem (inconvenient to open) and window statics (a weak profile may distort under the heavy weight of the glazing unit).

5. non-opening windows - more associated with a site, but in some projects it will really fit. Such a window will always be warmer and much cheaper than an open window. In the era of mechanical ventilation, such a choice is often justified. Other problem? Window cleaning 🙂

6. muntins - the topic is short - their elimination eliminates a small one, but non-negligible thermal bridge and saves on expenses.

7. color - white is much cheaper than colored, single-color are usually cheaper than two-color. In addition, the white color does not absorb solar heat and thus reduces the risk of the profile warping due to heat.

In the end, we got a nice "monster" - one-sided, White, undivided muntins and non-opening windows… Well, something for something, as always 🙂