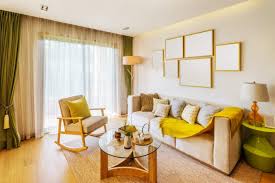 A good developer is a nice developer? Looks do matter, not necessarily the appearance of the head of a development company, but it won't hurt either. It is the effect that counts, of course for sale. A good looking developer, that is, his image, whether it's built on the internet and other media, or in the guise of a handsome gentleman or a nice lady; today it is no longer important for Mr. Marcin. What matters is the operational facts. At his invitation, we witnessed the effects, which can be seen after three years of operation “lux” flats, as the ad said.

The apartment is located almost in the center of one of the new blocks of flats in a medium-sized city. We drive up. All right, parking space is provided. We stop, we get out and go to the cage, in front of the intercom. Then on the fourth, that is, the top floor. The cage is not bad, you can see that it is still neat. Mr. Marcin is waiting at the door and invites you. On the doorstep, new panels and a cool M. exactly, and we mean it “but”, we heard on the phone.

– But please look into the bathroom – says the owner.

We go in. It turns out, that the fan area is green with mold and fungus, radiating across the walls and ceiling per meter.

We go in. I? exactly. Fungus plus green mold dotted the entire ceiling and the wall behind the furniture.

– It's still nothing – repeats like a mantra. – When I speak in an ordinary tone to my wife in the kitchen or bathroom, sometimes a neighbor from the ground floor comes, complaining, that he can't sleep. And it's not about the swing, just the usual rumble transmitted by faulty ventilation throughout the riser. Once upon a time he thought, that my wife beats me.

We inform the expert on this matter. It turns out, that the block was made of materials other than those in the architectural plans of its creator, primarily, at the so-called cost.